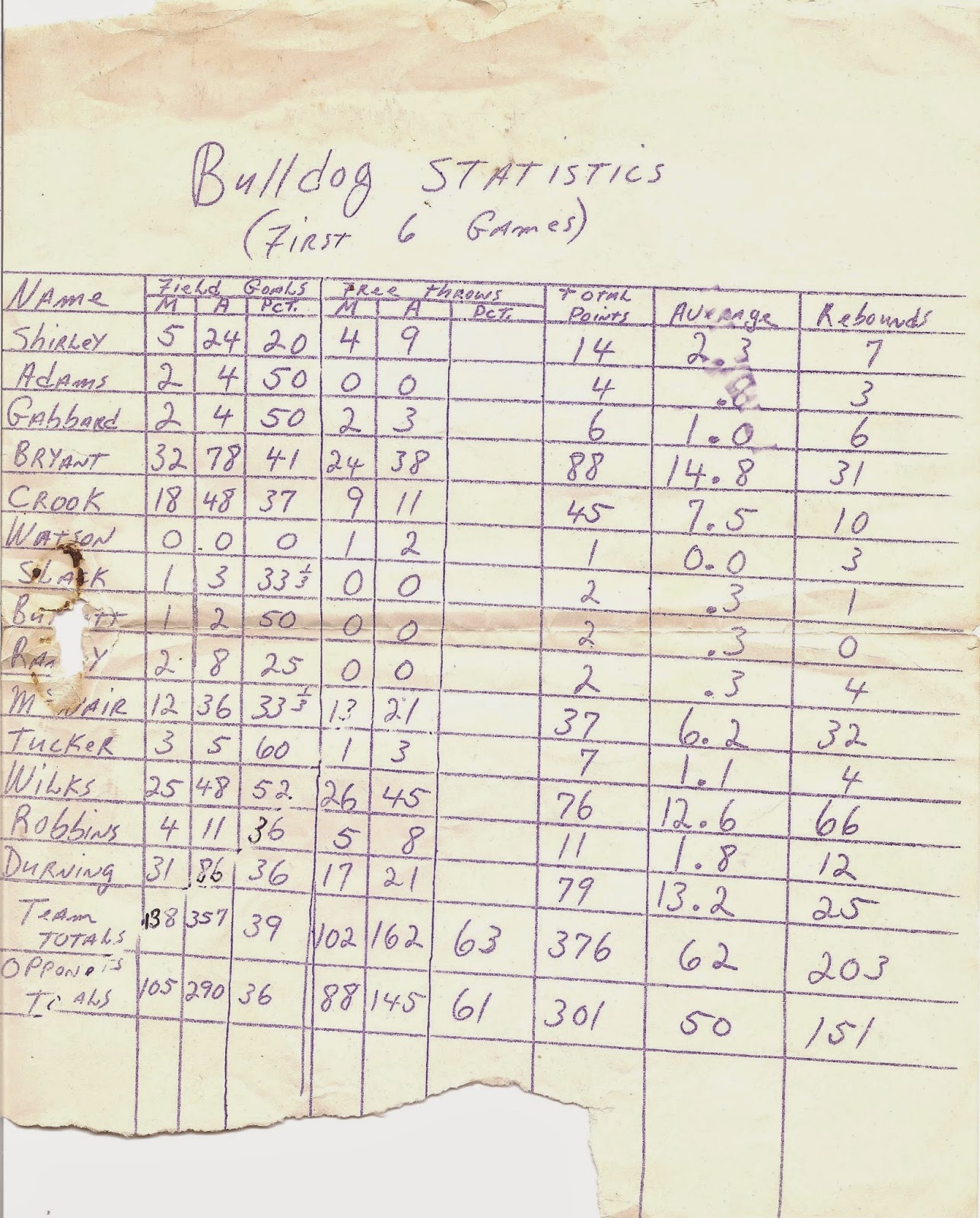 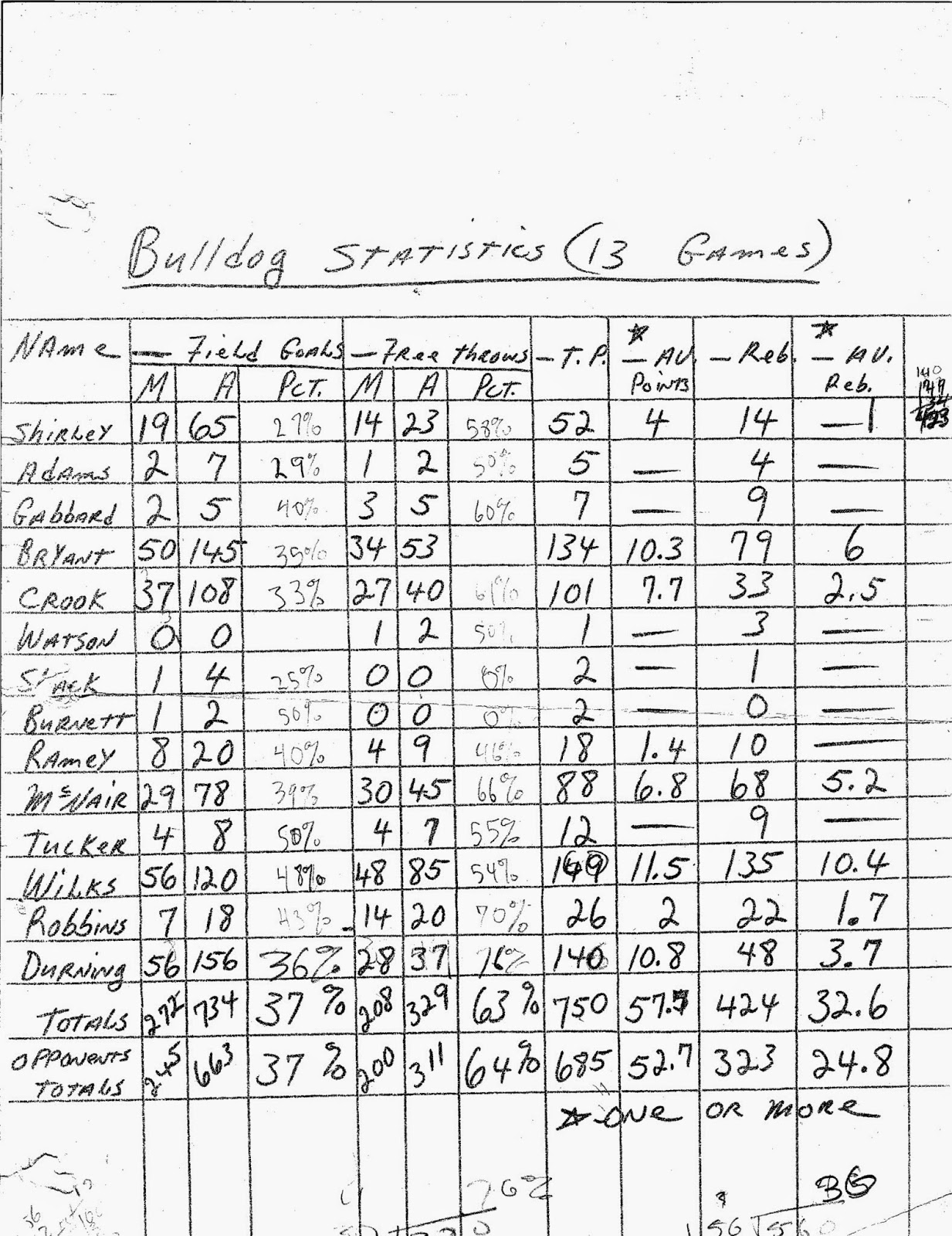 These two pages show statistics for the 1964-65 Fayetteville High School basketball team. The pages were complied by Coach Willard Smith. That year, we had a pretty good season and were ranked in the top ten most of the year. That year, FHS traveled for the first time to play teams in El Dorado and Texarkana. We also continued to play teams in Missouri.

The four players who usually started, Robert Wilkes, Kenny Ramey, Bill Crook, and I, had been playing together since the 9th grade at Hillcrest Junior High School, when we lost only one game. Unfortunately, most of us did not grow much after the 9th grade, so the team was not very tall. The fifth starter, who had played in the 9th grade at Woodland, was Louis Bryant. Though we were about the same height, he played as if he were much taller. In addition to the usual starting lineup, Bill Shirley and Johnny McNair played quite a bit every game.

Wilks, our best and most athletic player, was our inside guy and our leading rebounder. Bryant was both an inside and outside guy. I liked to to shoot from the outside and am shocked to see from these statistics that I led the team in shots attempted. No wonder Louis was always calling me "gunner." I really do not remember shooting so much. I just wish we had had a three-point arc in those days. Crook was more of a outside shooter, but since I was shooting so much, he probably did not get to attempt as many shots as he would have liked.

I started the season well, but had a terrible slump about midway through it. For a couple on games, including one important one at Springfield Central, my shots barely hit the rim. It got so bad that I when I took a jump shot, my thumb kept hitting my nose.

Kenny Ramey played guard. He rarely shot, but was a good playmaker and excelled at defense. Unlike Kenny, Bill Shirley was a shooting point guard. Johnny Mac was tall enough to help out at center and good enough to play forward.