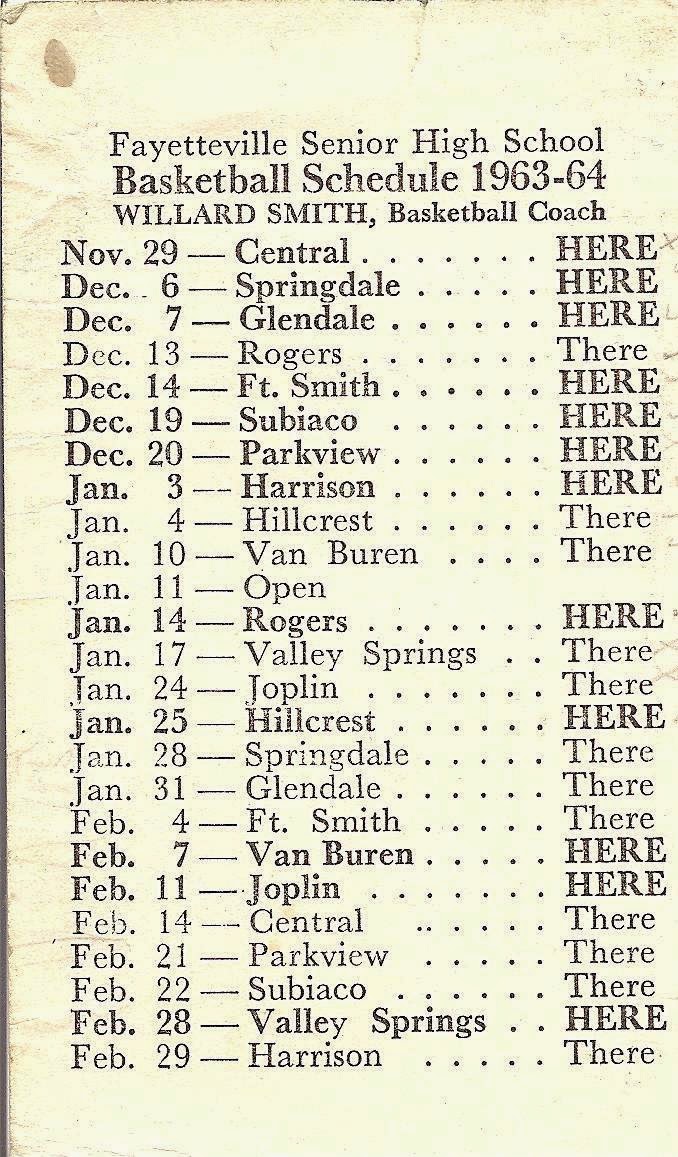 This schedule showed FHS still playing primarily in the Ozark Conference (Central , Glendale, Parkview, and Hillcrest were in Springfield; Fayetteville was the only Arkansas team in the conferene), plus games in an Arkansas conference made up of area schools (Springdale, Ft. Smith, Rogers, Subiaco, Harrison, Van Buren and Valley Springs).  FHS had joined the Ozark Conference several years earlier when many Arkansas schools refused to play against us because the team was integrated. The Springfield teams provided tough competition.

The 1963-64 teams was mediocre. Paul Ramey, though lacking finesse, was probably the best player; Freddie Rice, Bunky Lee, Newt Land,  David Adams, Eddie Guinn, and others were capable players, but the team lacked a star.

Robert Wilks, a junior and the best athlete on the tam, played regularly and Louis Bryant got lots of minutes on the court; Bill Crook, Kenny Ramey, and I also got in several games, especially when it became apparent we were not going to win any championships that year.

The following year, FHS joined a new Arkansas Conference playing against not only Springdale, Rogers, Fort Smith and Harrison, but also going to El Dorado and Texarkana. We also played several games in Springfield and Joplin in 1964-65.