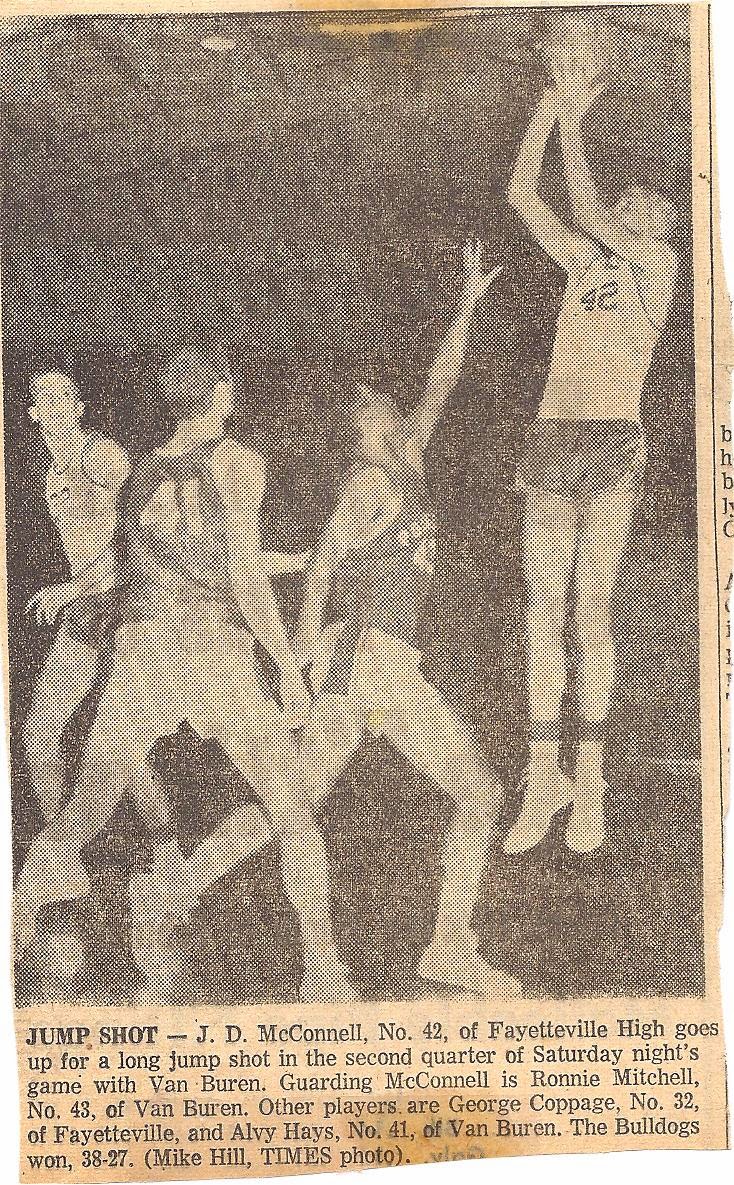 The 1961-1962 Fayetteville High School Bulldogs had an outstanding basketball team led by two superb athletes whose talents were augmented by several other excellent athletes. The best two players are shown in these pictures. J.D. McConnell played guard, putting to use his height, fluidity, and almost magical no-look passing. Justin Daniel was the center, though he was the same height as J.D.; he was a warrior with a hook shot.

I have written a few pages about the season of Justin and, J.D. It is available at this site:
https://www.scribd.com/doc/48613345/The-Season-of-Justin-and-JD

That article tells how the Bulldogs lost narrowly to the North Little Rock team in the Arkansas State Tournament. During that game, the team's main problem was getting the ball up the court: both Justin and J.D. played well against NLR, but the NLR team disrupted the guard play. One of the reasons for this problem was that Troy Steele, a fine player who had been the team's main guard, was missing (see his picture below, front rwo center). When I wrote about the FHS-NLR game, I did not know why Steele was not playing in the tournament. I have been told that he was kicked off of the team (by the principal, not the coach) because he got married during the season. 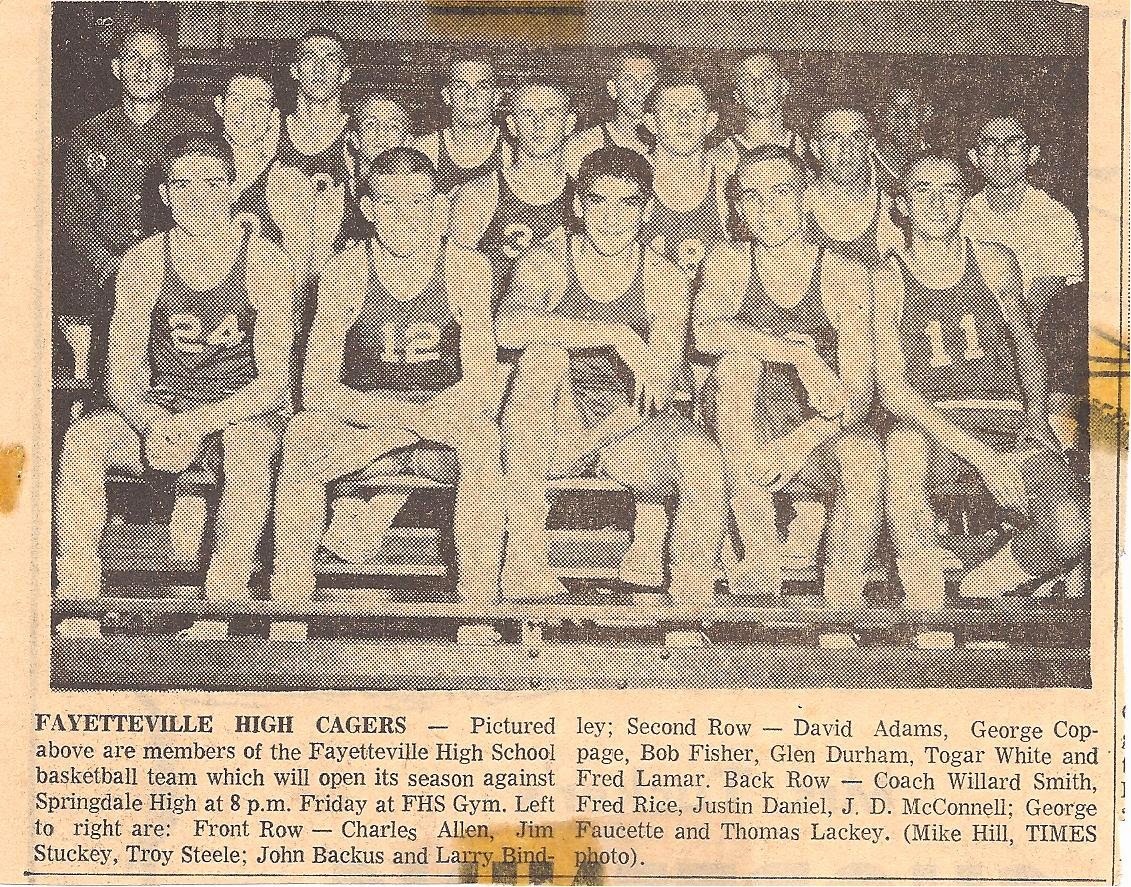